Every December in Sarajevo local embassies get together to throw a winter bazaar, hawking piles of treats, crafts and wears in the name of charity:  all proceeds from the bazaar are donated to local non-profits specializing in the care of children.  This year’s Diplomatic Winter Bazaar took place December 1st, and a new addition to the US Embassy community, Natasha, who was known for her excellent bazaar work from previous posts, was tapped to pull off our share of this epic event.

First up:  Make as many apple pies as ingredients would allow.

On the Wednesday before the Bazaar a group of us gathered together to peel and chop hundreds of apples, roll out yards of pie crust, and make as many apple pies as humanly possible. 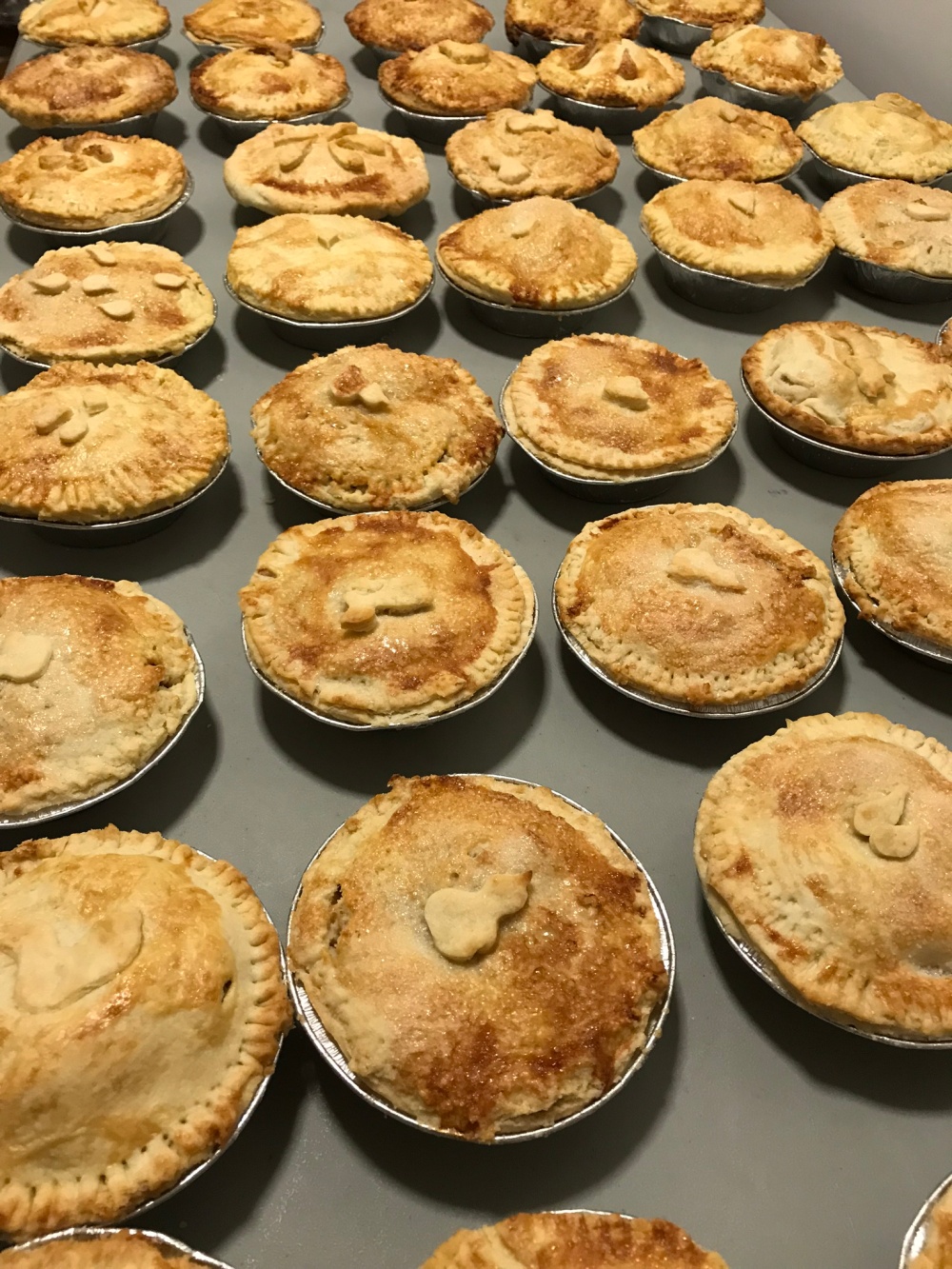 When it was all said and done, we had pulled off 86 pies in four hours.  We treated ourselves to a slice each (amazing!) and then each headed home to start on our own baked contributions.

I got all my pent up gluten-free baking wiggles out with Salted Chocolate Chip cookies, White Chocolate Cranberry cookies, mini banana bread loaves, and Bailey’s Chocolate Bundt Cakes.  I absolutely destroyed my kitchen.  And it was glorious. 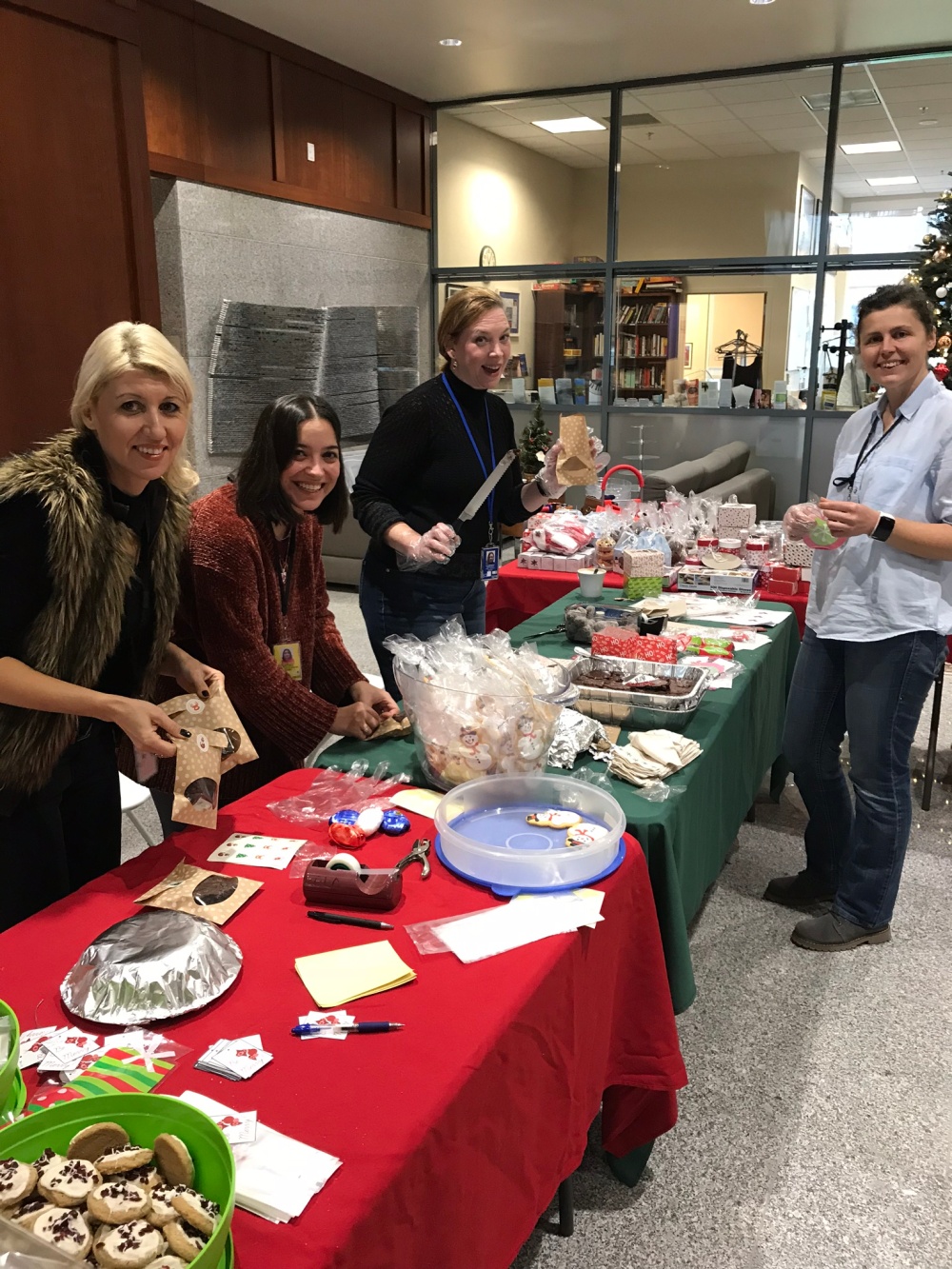 Friday morning we got together to sort separate, wrap and tag all the amazing baked goods contributed by the embassy community, before having them transferred to the Bazaar.

After our wrapping party, Natasha left with the delivery and building crew to setup our Western-themed booth for the Bazaar.

Then Saturday was upon us and it was time to make some moola for children’s charities!  The following excellent photos were taken by Edin Hasovic.

The building was filled with dozens of embassies from around the Balkans – even the Korean Embassy from Zagreb, Croatia, made the trek down to Sarajevo to participate.  The Swiss brought cheese, the French brought wine, the Thai were serving freshly made Pad Thai and Green Curry, the Turks their doner kebab, and the Iranians brought the most beautiful selection of porcelain finery.

The Bazaar also brought all the big wigs out, including the British Ambassador, Matt Field (black jacket on left) and the US Ambassador, Maureen Cormack (black and white flannel).

To say the Bazaar was a raging success would be an understatement.

It was a fun, crazy experience and I can’t wait to pull it all off again next year!